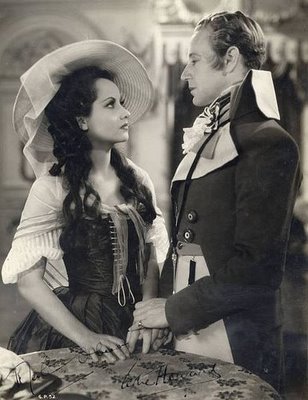 I want to live in an old movie.

I’ve watched black and white movies for as long as I can remember. My childhood consisted of regular kids programs like Mr. Rogers and Sesame Street, but it was filled mainly by movies from the 30s and 40s (like Arsenic and Old Lace, The Thin Man, The Scarlet Pimpernel, and Marx Brothers movies).

I want that life.

People were so classy back then. I understand that women didn’t have many rights, people were pretty racist, and wars were taking over the world, but there was SO MUCH CLASS.
Now it’s all, have you ever done crack? Only once? Whoa, I do it at least once a day.

I always sucked at the game “Have You Ever” when we used to play it, because I’d never done any of the things people thought were important…
Q: Have you ever had sex in public?
A: WHAT? Bloody hell…and also NO.
Q: Have you ever made out with two people at once?
A: What do you think my life’s like? An episode of Jersey Shore?
Q: Have you ever eaten —
A: Whatever it is, no. No no no, let’s just say I don’t eat.
Q: Have you ever done crack?
A: I don’t even know where I’d get it, much less how to do it.

My game would’ve gone more like:
Q: Have you ever eaten a macaroni-orange colored crayon?
A: Erm. Yes. I thought they were really macaroni when I was little.
Q: Have you ever actually read a book?
A: Why yes! Multiple, in fact. And I enjoyed them.
Q: Have you actually liked someone for reasons other than wanting to rip all their clothes off in a ladies restroom?
A: Yes…Ah, well, I guess I’m just doomed to grow old and have cats. Or be in an old movie :)

People back then got famous for being good at things (like acting). Now you just have to say something really stupid or show up naked on the internet. And to that, I say: class it up, society. Put your panties back on.

5 thoughts on “Movie Stars and Have You Ever?”