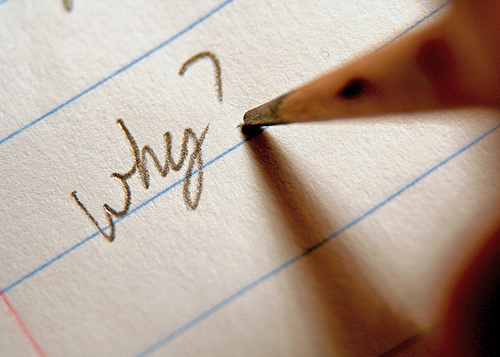 I guess that’s a pretty good question, but it isn’t one I want answered right now.
I would like to know answers to these questions, though:

3. On that same subject, why has everything Pink has done in the past 2 years been total rubbish? I used to love her when I was younger – she had something different from everyone else and she sang great songs. But now she sings…dare I say it again?…TOTAL RUBBISH. “What’s the dealio” should never be sung seriously in a song about being awesome.

4. Why, if you’re a terrible recording artist, would you sing a slow, boring song? People can tolerate you better if you sing dancy songs. If I can’t dance and I feel like dying and you’ve got no talent, we’ve got problems. If people would rather listen to me sing than you, we’ve got even more problems.

5. Do people still give dumb nicknames? There’s an answer to that: yes. The better question is why do they do that? Calling someone Poobag or something is not something grownups do. I’ve never heard that used as a nickname, but I bet someone out there has been (unwillingly) known as Peter Poobag for his entire adult life. In relation to that, my name is not Crappy or Cat Pee, even though it sounds a bit like both of those. Honestly though? Are we not finished with that? Cuz I remember when I was about 5 it being original (and hurtful), but now I’ve heard it so many times that it isn’t even creative anymore. I appreciate good humor, but none of that has ever been humorous. Same goes for Poobag. I bet Peter wants you to call him Peter instead of Poobag. Poor Peter!

6. Why are cats so curious? I almost had a heart attack when mine got on top of the bedside table and stepped on the answering machine playback button. All of a sudden, there were strange voices inside my house and I was about ready to enter the bedroom wielding a frying pan above my head.

7. Which idiot in marketing thought it’d be a good idea to have tampon commercials in which the tampons dance about like they’ve got dresses on? And why would they think I’d want to buy a pad that was portrayed in a commercial as a beach chair with an umbrella over it? Because I wouldn’t want to buy those products. Maybe I’ve taught someone something today.