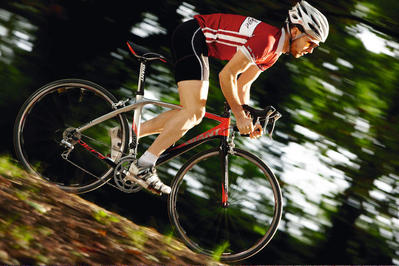 1. If you hit us with your car, we die. You, on the other hand, probably won’t. You’re safely in your car, and when you don’t give us enough space, our lives are actually in danger. So play nice.
Uh, also…I love my bike almost as much as you love your child. I mean it. That thing’s my baby. If you endanger my life, or the beauty of my bike, I’m gonna be mad. So please, refrain from cutting me off while I’m riding.

2. Bugs hit your windshield. Bugs hit our faces. We’re exposed to the elements while you hang out in your air-conditioned SUV. It’s hard to bike up a hill while it’s raining, cold, and windy. So if you just wanna be nice and give me that extra foot of space, it would be much appreciated.

3. Most of us aren’t idiots. We know what we’re doing, because we do it often. So even if some bikers do dumb stuff, you shouldn’t take it out on the rest of us. If you think we’re riding too far out in the lane, it’s most likely because we have to; road bike tires are really thin, and if we ride in that fine gravel on the side off the road, we can crash our bikes. So which would you rather deal with? A biker that you have to give an extra foot of space, or one who just crashed into the side of your car and now has a concussion?

4. Bike lanes don’t always work (see #3). Some cities do a great job of cleaning the sides of the roads and bike lanes, but a lot (including mine) don’t. So it gets a little tough riding with skinny tires over bottles, rocks, and other random crap.

5. We’re not something to be afraid of. Seriously, if you just give us enough room when you pass us you will be fine! And so will we. You sit in your car freaking out when you see a biker because AH, you just DON’T KNOW WHAT TO DO! It isn’t hard. Just give us a couple feet of room and slow down a little. If a car is coming in the other direction, then just slow down more. You can’t possibly be in a big enough hurry to justify putting a biker’s life in danger.

6. Motorcyclists need to follow these rules, too. Here’s the deal: even though they’re smaller than cars, most motorcycles make really terrifying noises and aren’t as easy to hear from behind. So it’s really startling when a motorcycle (or a pack of them) sneaks up on you and barely gives enough space. Also, some motorcyclists do some crazy stuff. So motorcyclists: please stop swerving around the lane and just pass me with some courtesy. I swear, I’ve almost fallen off my bike in shock.

7. We bike because we really love it. It can get really dangerous for us to ride, and that’s usually the fault of jerk drivers, but because we love the sport so much, we go out and do it anyway. You must have something you love that much too!
Even though you think we’re annoying and don’t deserve to expect courtesy on the road, you should still help us stay safe.  So whether you think biking is stupid or not, you don’t have the right to pass by us too closely, throw things at us, yell and honk, or actually try to run us off the road.
I don’t care much about bull-riding, but I’m not about to jump in the ring and throw a rock at the rider.

9 thoughts on “What You Don’t Understand About Bikers”