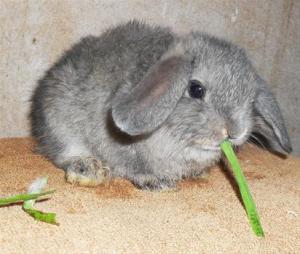 Every time I feel down, a bunny hops out of a bush. And I’m not exaggerating that much.

A few weeks ago, I was having a really rough day and was walking home kind of late, when a bunny hopped out from a bush. I got really close to it (trying to take pictures with a cell phone requires you to be really close) when an airplane flew overhead and that rabbit jumped about three feet in the air, its limbs splayed every which way. I can’t lie, it was probably the most hilarious thing I’ve ever seen…Anyway, it eventually came out of it’s hiding place  and sniffed around for a bit before running off again, at which point I headed home.

Well, today was pretty rough too. I’d been running in about nine directions for the past 14 hours (mainly covering an event for the newspaper while at the same time trying to write a geology paper and then go to lab) and was finally walking home at night when I came by the same spot I’d seen the bunny before.

“I remember that time I felt really bad and then I saw a bunny and felt better,” I thought to myself.

AND THEN A BUNNY HOPPED OUT OF THE BUSHES. I must’ve looked like a grinning idiot. Then another came out and I practically split my face in half…and then another hopped after the second one.

And then there were four. Four little bunnies scampering around like…scampering things. It was like Flopsy, Mopsy, Cottontail and Peter were out to play right before my eyes while I basically  had a heart attack at age 18. I watched them for a few minutes before they bopped down a hill and out of sight and I set home and called my boyfriend.

I was kind of incoherent, honestly. “FOUR BUNNIES! FOUR BUNNIES FOUR. FOUR BUNNIES.” I probably sounded like that fish from Finding Nemo who’s obsessed with bubbles and yells, “BUBBLESSSS! My bubbles.” That was me. Bunnies! Bunnies!

But honestly, what could possibly make you happier than four little bunnies? Just Google “bunny pile” and you’ll know what I’m talking about.