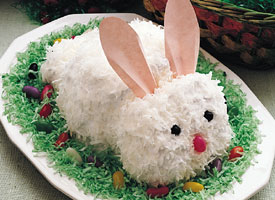 Happy Birthday to meeee!!! I will accept gifts in the form of cash and muffins. Please send to Cappy, 1234 Wackadoo Lane, Nonsense Town, Muffin Land. Or not.

In honor of this glorious day of my birth, I would like to share things that I still don’t understand, even though I am now technically an adult and should be wise and all-knowing at this point in my life.

1. Why do we stuff coffee mugs with tissue paper when we pack them up? Is that to prevent them from being smashed, as if the waifish paper is going to somehow push back against the force of a giant pot slamming into the side of the mug…the tissue paper will scream, “You will not vanquish me! I will save this mug!” and strain with all its might against the inside of the mug, thereby preserving a Worlds Best Dad mug for future use? I guess the mental strength of tissue paper will always trump the laws of gravity and force.

2. Why, when people imitate having sex with someone, do they always slap back and forth and yell, “Who’s your daddy?” like the girl’s supposed to say, “YOU ARE!” If that ever happened, I can guarantee the rest of the sex would be incredibly uncomfortable and unenjoyable, and honestly most people would probably just stop right there and take a shower (separately from their partner) to cleanse their body and mind. Or, if she yelled, “YOU ARE!” and really thought the you were indeed her daddy, then you’re just abusing a mental patient. Orrrr, if she yelled, “YOU ARE!” and got really excited about it, she clearly has some serious daddy issues that need to be attended to, and you don’t need a crazy girlfriend/sex partner anyway.
Also, why do people imitate having sex with someone? It’s so weird and makes me so uncomfortable. Do not pelvic thrust the air near me, sir.

3. The silly things people mix up. It makes for an amazing story when someone tries to tell you they’re a very social person but instead say, “I’m very good at socialism” and are not, in fact, trying to emulate Hugo Chavez. The girl who said that to me ended up being a bit of a ding dong, though I’m sure you’re not entirely surprised to hear that.

So anyway, I guess I’m a year older and a year wiser, but that doesn’t mean a whole lot in the scheme of things. Well, yes it does, but if I get super earnest right now it will make the post less funny. Besides, I have to pack up my room to go home, because finals (aka hell week, aka soul-killing week, aka ahghhhaghghghghhhg) are over!!

Cheers, and May the Fourth be with you.